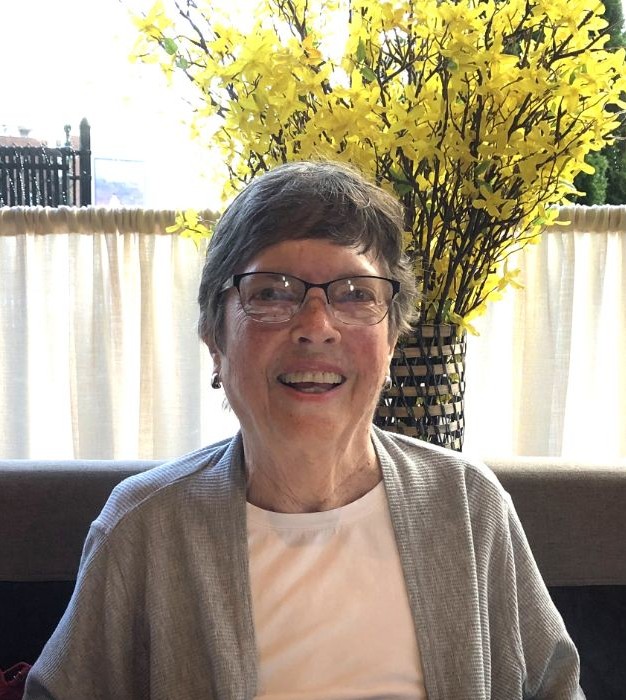 Xandra M. (Sandy) Schultz, a long-time resident of Pelham, NY, died on October 23, 2022, at the age of 89. She was surrounded by her family at home and passed away peacefully after a long illness. Her daughter Barbara and her family cared for Xandra at home during her last few years with tender care.  Xandra was born in Philadelphia, PA to parents Alexander McCurdy Jr. and Flora Bruce Greenwood McCurdy. She graduated from the Agnes Irwin School, an all-girls prep school in Bryn Mawr, PA, and attended Colby College in Waterville, ME. There she met and married her husband of 62 years Robert L. Schultz the weekend after their college graduation in 1955. The couple raised three children, Eric G. Schultz, Xandra Ellen Nosarzewski, and Barbara S. Blagman.

Xandra was warm, funny, caring, and always lit up the room with her humor and loving heart. She adored her family and was a devoted friend to many. She loved Pelham, the community at Christ Church, and her close friends from the Agnes Irwin School, Colby College, and the Coveleigh Club in Rye.

After college Sandy moved to Panama City, FL where Robert served as a pilot in the United States Air Force. A native of Philadelphia, Xandra always dreamed of living in the New York City area. The young couple moved to New Rochelle when Robert accepted a position with the New York market research firm, Graham Research Service. In 1964, the couple bought a house on Garden Road in Pelham Manor.

After raising her children, Xandra worked for a group of cardiologists in New Rochelle assisting with patients and scheduling and running the office. She particularly enjoyed interacting with the patients and by all accounts made many lasting impressions.

Xandra loved music and sang with the Pelham Larks, she was an active member of the Junior League and The Manor Club and she volunteered with various hospice organizations, comforting many souls during their final days.

In later years, Xandra relished living at Witherbee Court in Pelham surrounded by old friends like Peggy Nicholson, Dolores Fagerstrom and many others, and, for a time, across the street from her daughter Barbara and her family. She was a second mom to her grandchildren, always available for babysitting, trips to the doctor, and other duties as assigned. At the Witherbee she was also across the street from her dear friend Clue Noble.

In lieu of flowers, please consider making a contribution to the Music Fund at Christ Church of Pelham.