William Paul Boyle Jr., known as Bill, died on January 10, 2021, in New Rochelle after a long battle with bladder cancer and Parkinson's Disease. Predeceased by his wife of 52 years, Mary Catherine, who passed this summer, Bill is survived by his children, Elizabeth Boyle Machlan of Brooklyn and her husband Will Buckingham, William Paul Boyle III, of Evanston, IL, Matthew Sheldrick Boyle, of Harrison and his wife Louise, and his six beloved grandchildren, Margaret Eoin Machlan, Lucy Elizabeth Machlan, Adelaide Lavina Boyle, William Paul Boyle IV, Ellis Sheldrick Boyle, and Quinn Lindsey Boyle, as well as his sister, Diane Mary Boyle Bradshaw of Litchfield, CT and his cousin, Steven Nastasiuk of McKenzie Bridge, OR.

Bill was born on September 23, 1946, to William and Mary Boyle, nee Sekerak, in a Quonset hut in Brooklyn's Ulmer Park, where they lived after Bill Senior returned from serving as an Air Force photographer in World War II. In 1953, they moved to the apartment in Bay Ridge that the family would occupy for over half a century. Bill attended Our Lady of Angels School, followed by Brooklyn Preparatory School, and received a full scholarship to Fordham University. At Fordham, he majored in philosophy, receiving the prestigious Archbishop John Hughes Award when he graduated in 1968. That summer, he married Mary Catherine Sheldrick (College of New Rochelle '68) in New York, and the couple resided on Shore Road in New Rochelle as Bill began work toward his Ph.D. in philosophy at City College. But when their first child, Elizabeth, arrived, Bill left graduate school to better support his young family.

Over the years, he worked for a series of banks in New York before founding his own company, International Capital Resources, followed by later ventures such as Connecticut Valley Resources and Power Target Inc, which he ran for 2 years with his son Bill. He worked very hard all day, with the phone rarely leaving his ear until it was time to hit the gym, a passion he stayed committed to his entire life. His work allowed him to give generously to Our Lady of Perpetual Help Church as well as other Pelham organizations, and he still made time to coach all three of his children across multiple sports â€“ soccer, baseball, and softball â€“ and cheer enthusiastically for the ones he never quite understood, ice hockey and lacrosse. He coached Pelham's first all-girl soccer team in 1980, and specialized in the sliding tackles Beth and Bill perfected. (Matt preferred football.) If his kids didn't have games, he brought the family's beloved springer spaniel, Bones, to the field instead. Even severing his Achilles tendon couldn't keep him off the sidelines; he simply bought a three-wheeled all-terrain bike and drove it up and down the field, Diet Coke in hand. But Bill's best-known vehicle was undoubtedly his beloved navy-blue BMW 633csi, immediately recognizable around town by the soccer ball in the rear window and the windsurfer strapped to the top all year long, as if he might catch a wave at Glover Field or Gristede's.

Throughout his life, Bill loved nothing more than gathering friends and family at the Boyle homes in Pelham Manor, NY, where they moved in 1975, and in Chatham, MA. His ideal day was spent on the beach, followed by a great meal and dancing until everyone dropped or the police showed up. Even at the extended care center where he spent the last years of his life, wheelchair-bound, Bill still loved to dance and sing, until Covid quarantines stopped the music.

The family will hold a celebration of Bill's life when they can dance and sing together again safely. In lieu of flowers, please donate in Bill's name to The Parkinson's Foundation.

To plant memorial trees or send flowers to the family in memory of William Boyle, please visit our flower store.

A photo was added for William Paul Boyle 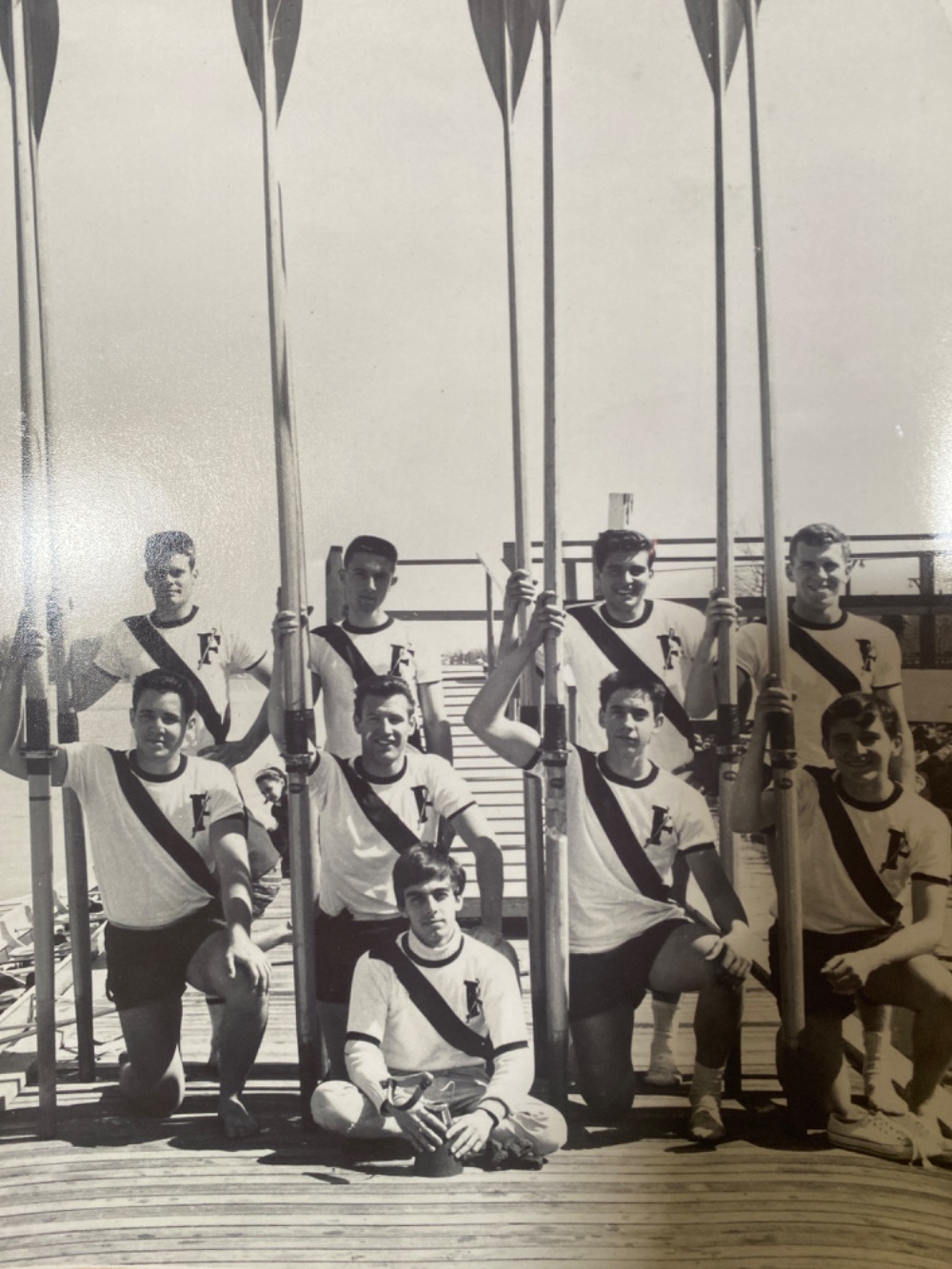 Bill rowed with me at Fordham.We we’re a close Freshman team and Bill as the two seat was an invaluable member.He laughed often and loudly… Ken Ackerman

A candle was lit in memory of William Boyle

No service information has been added.