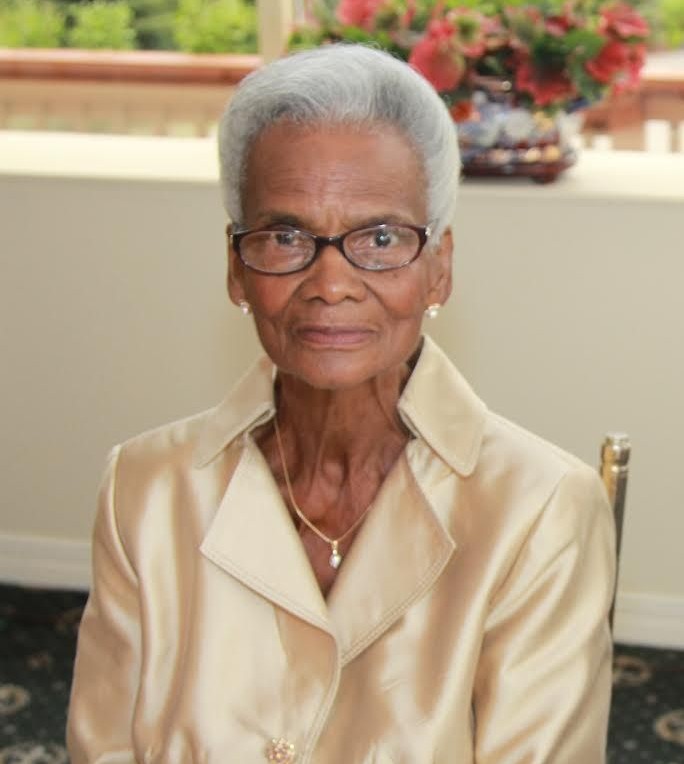 If there was ever a person you could say has lived through it all, it’s Vera Rose Spencer (née Duncan). The beloved matriarch was born to Uriah Duncan and Keziah Duncan (née Treasure) on August 22, 1924, in Linton Park, St. Ann, Jamaica. Vera received an early lesson in loss after the passing of her mother, which led to her, and her eight siblings being subsequently split up.

She went to live with her much-adored grandmother, Margaret, who unfortunately passed away not too long after. Vera was then sent to stay with an aunt, which proved to be a formative, albeit unpleasant experience.

Early on, it was clear that Vera had a fiercely independent spirit, one not easily broken by the hardships that dared darken her path. At 16, she moved from “country” to “town,” landing in Kingston. There, she met Astley Spencer, who she married in May 1945. They had three daughters and two sons together: Audrey, Winston, Ermina, Vivienne, and Lindberg.

In search of better opportunities, they relocated to London, England (a city she loved) in 1957 and lived there for almost 15 years before moving to the United States in May 1971. After a brief stint in Mount Vernon, New York, the family settled in a house on Gunther Avenue in Baychester, The Bronx. Vera lived in that house until her death. During that time, she worked as a certified attendant and watched her family grow in the U.S. as well as the U.K.

There, you’d likely find her puttering about, tidying up. She’d always jokingly pretend she didn’t recognize her visitors. “A who dat?” was a common greeting her grandchildren would receive. Sometimes, she’d be sitting on a stool in her kitchen, cutting ingredients, then methodically depositing them into an aluminum pot. The process: slow. The food: always delicious.

Maybe (definitely) you’d find her in the middle of a phone call, chatting with family, old friends, and brethren from the Olivet Gospel Church, where she was a parishioner for nearly 50 years.

Besides family and friends, Vera was a lover of fashion, a trait she passed on to several of her descendants. It was a passion she shared with her older sister, Evelyn. Together, they would tear up White Plains Mall and “Downtown,” which, really, to her, simply meant Manhattan. Rumor has it that she single-handedly kept Talbots in business for the past 30 years—representatives for Talbots were unable to confirm this at press time, however. Vera was always polished and put together, and never lost her love for looking good.

Travel was another love. As a girl, she would comb through books with illustrated maps of the world. She once recalled seeing England, and its distance from Jamaica. She observed the ocean between them, wondering how she would ever get so far. She not only got there—she lived there. She visited Germany, France, Italy, and even made it to Argentina. She would make several trips with her children, grandchildren, and great-grandchildren over the years to her native Jamaica.

Vera Duncan came into the world in a time and place that demanded swift adaptation to discomfort and disappointment. Where others may have seen a dead end, she saw an opportunity to build a new path. She dared to play the hand she was dealt as if she had a royal flush the whole time. Her life is a testament to the power of making something wonderful out of nothing.

Vera is predeceased by her parents Uriah and Keziah, her brothers and sisters including her dearest Evelyn, her son Winston, and her daughter, Vivienne. She leaves behind her daughters Audrey and Ermina, her son Lindberg, 16 grandchildren, great-grands, great-great grands, nieces, nephews, cousins, church brethren, plus an endless amount of friends.

Sleep in heaven, mom! We will always love you!

A livestream of the funeral service can be found by clicking Here.

To order memorial trees or send flowers to the family in memory of Vera Rose Spencer, please visit our flower store.