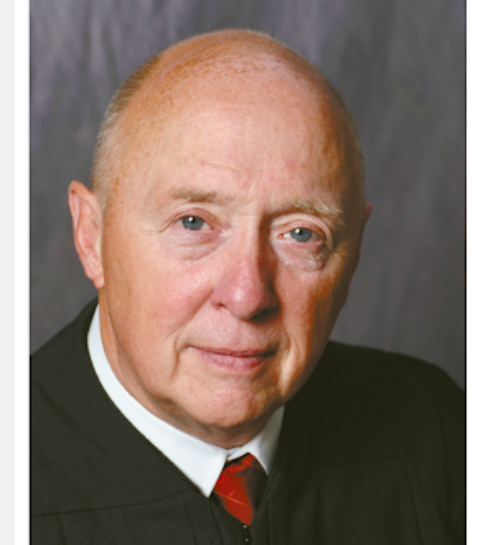 The Honorable Stephen F. Huff of Pelham, NY, passed away on November 10, 2021, surrounded by his wife and three children.


Stephen was born in Evanston, Illinois, on October 9, 1938. He was the eldest of four, and his family moved to Larchmont, NY, when he was in the third grade. Stephen graduated from Archbishop Stepinac High School, the College of the Holy Cross, and New York University School of Law. He then served in the United States Marine Corps before transferring to JAG in the United States Navy.

Stephen found an outlet for his sharp mind, passion for music, and love of people as a partner at the law firm Pryor Cashman in New York City. A litigator in the evolving field of entertainment law, Stephen tried many landmark and high-profile copyright infringement cases in the music and film industries.

Stephen also served as Pelham Town Justice for over 35 years. He felt privileged to get to know countless constables, police officers, attorneys, and Pelham residents during his tenure, treating all with respect and compassion as Judge Huff. He showed empathy for defendants, often helping them turn their lives around, particularly those struggling with substance abuse.

One of Stephen’s greatest loves was running. He completed many marathons, with a personal best of 3:17. Always striving for more, he went on to become a triathlete, completing the Escape from Alcatraz Triathlon four times.

Stephen loved Cape Cod and the ocean, where you could find him swimming in 56-degree waves to train for events. He encouraged his kids to swim in those waves as well, and proudly inspired two generations of avid cold-water bodysurfers.

Affectionately called “Steve” or “Judge” by friends and neighbors, Stephen was known for his keen sense of humor, love of laughter, and huge heart. He struck up conversations with people anywhere and everywhere, seizing life and constantly expanding his horizons. He adored his wife, had scores of lifelong friends, and perhaps his greatest joy was being a playful “Poppy” to his grandchildren.

Visitation will be at Pelham Funeral Home on Friday, November 26 from 3 to 6pm. Funeral Mass at Our Lady of Perpetual Help in Pelham Manor on Saturday, November 27, at 11am. In lieu of flowers, please consider making a donation to the Alzheimer’s Association at alz.org.