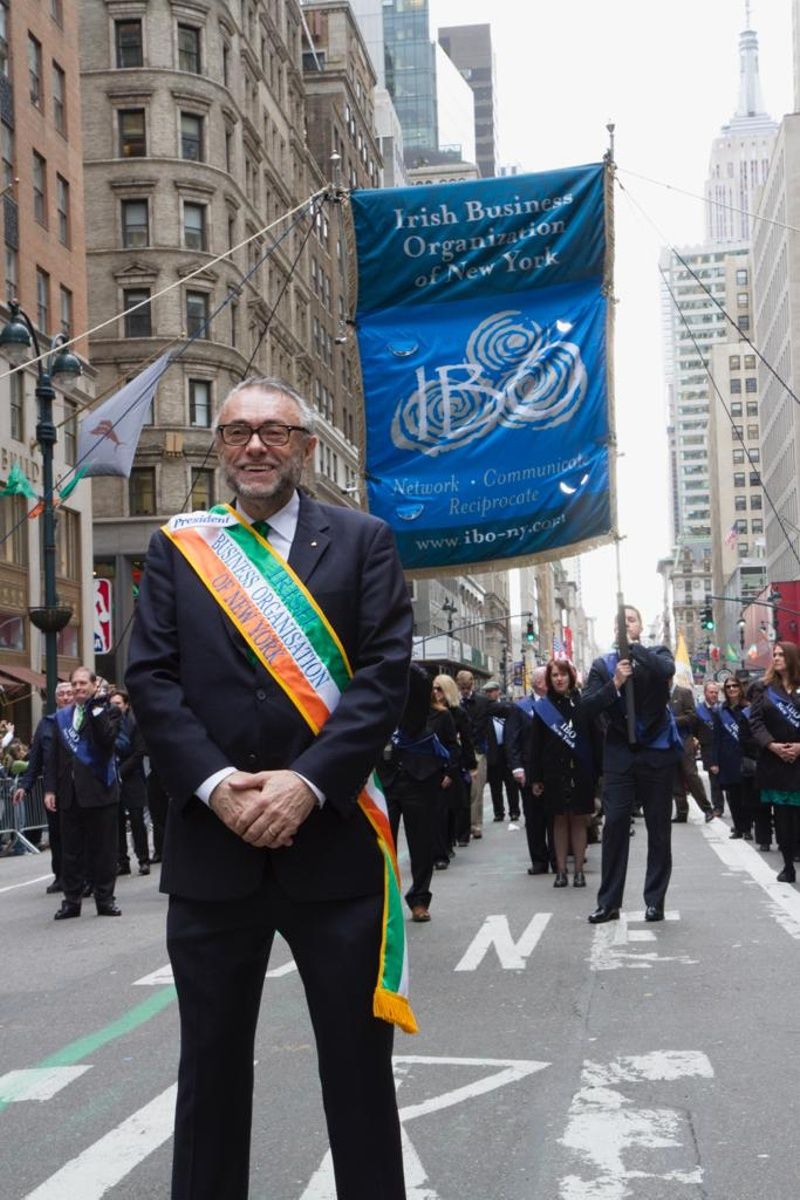 Surrounded by his loving family Sean McNeill of Forest Hills in Queens New York and Trien, Castlerea, Co. Roscommon slipped away peacefully on Friday July 26th 2019. He was 65 years old. Born in Trien to James and Mary McNeill, Sean was one of 8 children. He was raised in Trien where he attended Trien National School before subsequently graduating from Roscommon Christian Brothers School. After graduating from the Christian Brothers School Sean would go on to work at A.C.C. Bank in Dublin where he would become manager in the bank's Naas office. It was during his tenure at A.C.C that Sean would go to New York on holiday and dream about coming back and starting a life for himself.

To say Sean was an entrepreneur would be an understatement. Along with his brother Michael, he would purchase a pub in Wexford St. Dublin in 1988 which they operated for 5 years. Although he enjoyed working in Dublin, his heart was still in New York. He would move back to New York in 1994 where he would continue his trade as a bar manager. While working in the bar business in New York Sean saw opportunities in Real Estate. He became a broker and worked for a number of real estate companies including William B. May. He would eventually start his own Real Estate Company, McNeill Real Estate where he would sell and lease apartments throughout NYC. In more recent years he would set up and run his online business Easyshop NYC and more recently Easy Irish Gift Box NYC.

Sean loved to give back and help where ever he could. He was involved in many charitable organizations. He participated in Concern runs, Solace House Sunrise Walks, the Irish "Meitheal" which helped aid in the recovery of the post-Hurricane Sandy Rockaways. He was also active in many County Association events and other fund raising events in the Community including Temple Street hospital and Fighting Blindness. No one will ever know of the many he helped on a personal and discrete level whether it was getting their business off the ground or getting through tough times in life.

A longtime member of the Irish Business Organization of New York, Sean served on the IBO executive board where he was president for three years from 2014 to 2016. In 2017 and 2018 he was an Aide to the Grand-Marshall for the IBO in the St. Patricks Day Parade on Fifth Avenue. Sean also served as a member of the IBO advisory board from 2018 to 2019.

Sean will be remembered as a man with boundless generosity. He was humble, caring and supportive to everyone he met. He had an ability to make everyone feel special regardless of circumstances or position in life. His life is an inspiration to all. He will be missed by everyone whose life he touched.

Sean leaves behind his three brothers; Padraic (Mary), Michael (Marion) and Peter (Phil) McNeill. He also leaves behind his sisters; Maura (Seamus) Kelly, Catherine (Martin) Morrison, Teresa (Des) McGann and Una McNeill. He is also survived by his many nephews, nieces, grand-nephews, grand-nieces and first cousins Jimmy and Mary. He will be missed by everyone who knew him. Sean is predeceased by his parents James and Mary as well as his sister-in-law Imelda and his niece baby Claire.

Sean's life will be honored and celebrated at The Basilica of St. Patrick's Old Cathedral at 263 Mulberry St, New York, NY 10012 on Wednesday July 31st 2019 at 10:00 AM. Sean's remains will be repatriated home to Castlerea where he will be reunited with his parents and niece at St Joseph's Cemetery in Castlerea Co. Roscommon. Sean was grateful for the love and care of family, friends especially Kieron and Anne, Dr. Ahmadi and all of the staff at Lenox Hill Hospital during his brief illness. In lieu of Flowers donations may be made in Sean's name to cancerresearch.org. For more information or to place a condolence please visit pelhamfuneral.com.
To order memorial trees or send flowers to the family in memory of Sean McNeill, please visit our flower store.