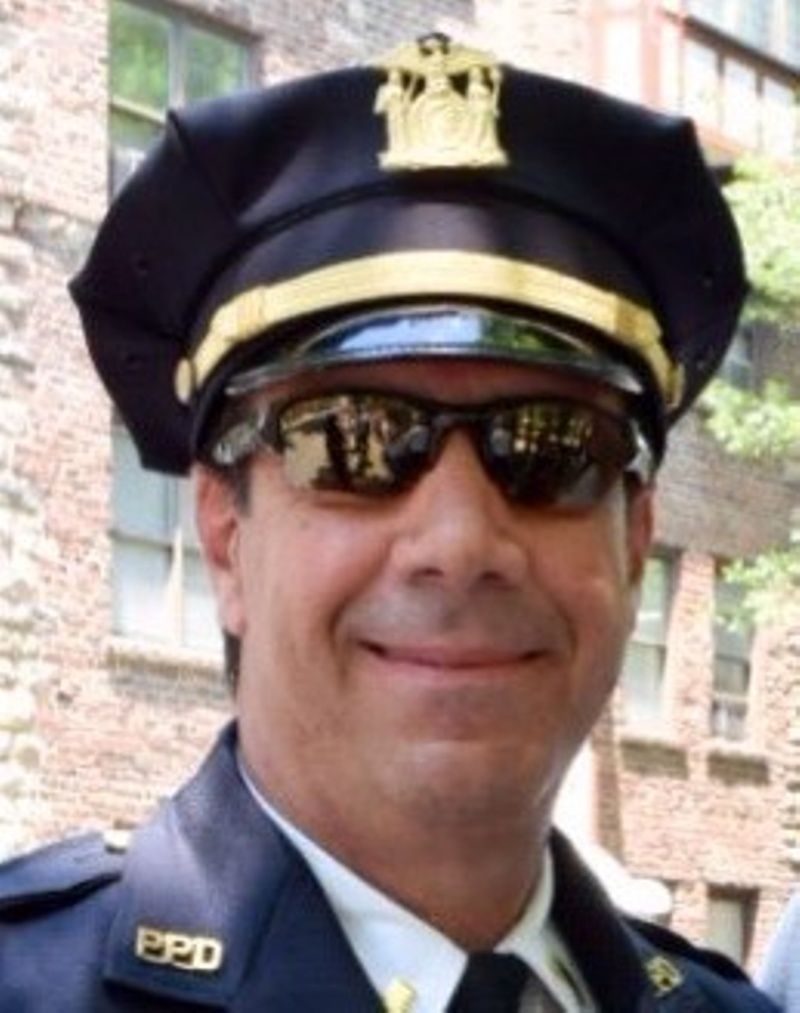 Rocco Anthony DelGrosso, A life long resident of Pelham, passed away on March 6th 2021. He was 67 years old. Born in the Bronx to Rocco and Jean DelGrosso, Rocco was the eldest of four children. The family moved to Pelham when Rocco was 2 years of age. Rocco was raised on First Avenue in Pelham and attended St. Catharines Elementary School before graduating from Pelham Memorial High School in 1971. After graduating PMHS Rocco would follow in his father's footsteps and began working in the construction field while attending Westchester Community College where Rocco attained an associates degree.

Rocco married his high school sweet heart; Deborah Wayne in 1977. They would have been married 44 years in May. Rocco and Deborah met at the Pelham Memorial High School while Rocco was in 12th grade and as they say the rest his history. Shortly after their wedding, Rocco would join the Pelham Police Department as a patrol man and work his way up to Lieutenant. Rocco dedicated 38 years of his life to the Pelham Police Dept. While patrolling the beat you could find Rocco at Wolf's Lane Deli or Pelham Pizza which were two of his many favorite places. Rocco also enjoyed going to Aruba with his family, playing golf in Westchester and watching the Yankee's or Jets.

Rocco will be remembered for his life long service to the community, his kind, generous and outgoing personality and his wonderful sense of humor. But most of all Rocco will be remembered as a family man. He made sure he attended every family event and was always there for his family. He adored his family especially his four wonderful grand-children.

Rocco is survived by his wife Deborah, his Son Christopher (Marci) DelGrosso, his daughters; Kimberly (Jose) Llamas and Elizabeth (John) Peters. He will be deeply missed by his 4 grandchildren; Nolan Peters and Mason, Jack, and Emily Llamas. Rocco is also survived by his 3 sisters; Jeanmarie Sousa, Barbara Grond, and Carol Mastrangelo. Rocco will be missed by his friends on the committee and everyone who knew him. He is predeceased by his parents Rocco and Jean DelGrosso.

A celebration of Rocco's life will take place at the Pelham Funeral Home located at 64 Lincoln Avenue, Pelham, New York on Wednesday March 10th from 4-8PM. A Mass of Christian Burial will take place at Our Lady of Perpetual Help church located at 575 Fowler Avenue, Pelham Manor, New York on Thursday March 11th at 10:00am. Interment will follow at Gate of Heaven Cemetery. For more information or to leave a condolence please visit www.pelhamfuneral.com
To order memorial trees or send flowers to the family in memory of Rocco DelGrosso, please visit our flower store.