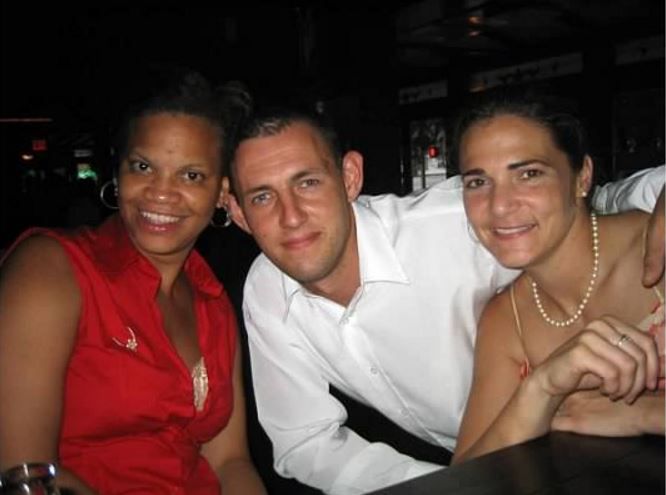 Robert "Robbie" Walsh of Woodside, Queens and Straffan, County Kildare, Ireland passed away unexpectedly on Thursday, November 10th. He was 44 years old. Born to Joseph and Elizabeth Walsh in Dublin, Robbie was raised in Straffan, Co Kildare one of three boys.

In 1997, Robbie emigrated to the United States, where he went on to not only play, but captain, and then coach, soccer with the New York Shamrocks, in a sporting career which lasted most of his 19-years in New York. He worked in carpentry and construction, while also bartending and DJing occasionally. On the field he was fearless and free. He was dedicated to his team and his teammates. No matter where Robbie went or what he did however, he always came home to Rooney, his beloved pet dog and constant companion.

Robbie is survived by his parents, Joseph and Elizabeth Walsh, his brothers Kevin and Glenn, his nephew Joseph, uncles, aunts, cousins, a wide circle of friends, in particular his most recent and former teammates, coaches, supporters and sponsors of his beloved New York Shamrock Soccer Club, and his faithful and trusty companion, Rooney.

A celebration of Robbie's life will take place on Tuesday, November 15th at Lynch's Funeral Home, 43-07 Queens Blvd, Sunnyside from 5:00pm until 9:00 PM. A Mass of Christian Burial will be held at 10.30am on Wednesday, November 16th at St. Sebastian's Church, 58-02 Roosevelt Ave., Woodside, New York. Robbie will return home for interment at Straffan Cemetery, Co. Kildare, Ireland. On behalf of family and friends, we extend our extreme gratitude to the KEVIN BELL REPATRIATION TRUST for their guidance and assistance at this sad time and for ensuring that Robbie gets home safely to his family in Ireland. In lieu of flowers, take a moment to make a donation to KevinBellRepatriationTrust.com. There will also be a basket for donations at Robbie's wake. All proceeds go directly to the wonderful work of KBRT.
To order memorial trees or send flowers to the family in memory of Robert Robbie Walsh, please visit our flower store.