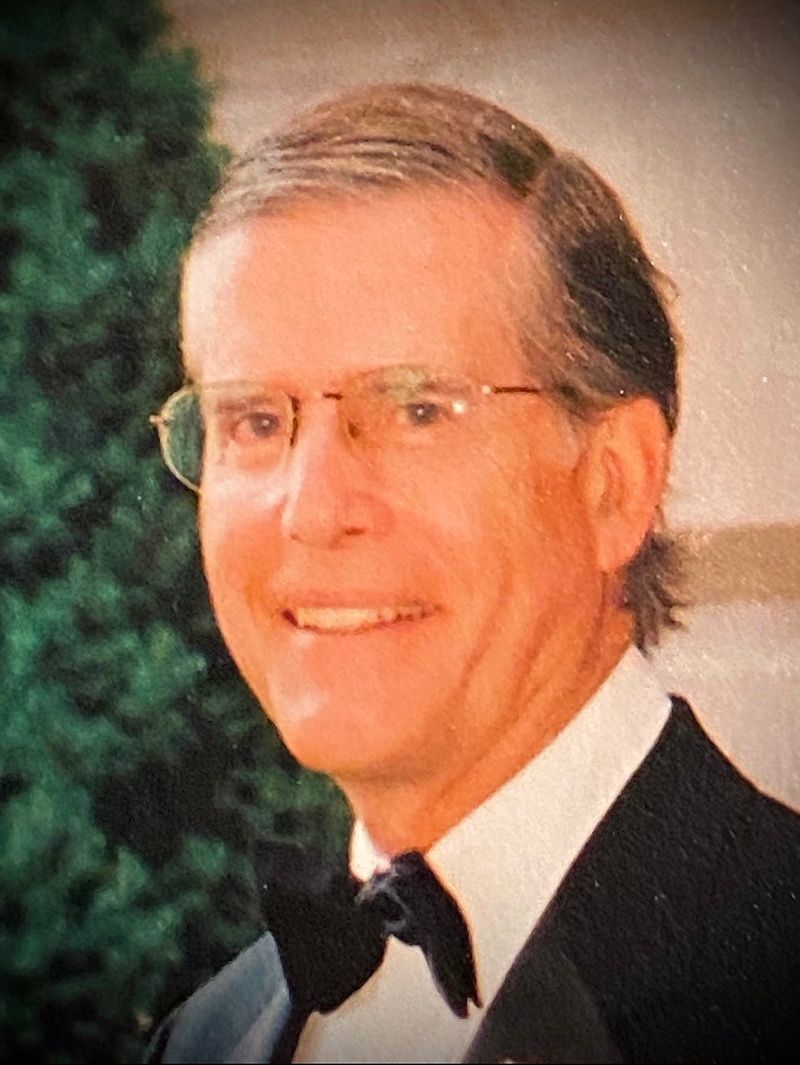 Richard "Dick" Reische of Wilton,
CT and West Tisbury, MA
passed away peacefully on Dec. 2 at the Fairfield County House hospice after beating cancer for over 14 years. He was 85. He is greatly missed by his wife of 58 years, Diana Maxwell Reische, and their two sons: Eric, (wife Sandra and grandson Daane of Aspen, CO), and Kirk, (wife Susan and grandchildren Luke and Heather of Pelham, NY).

Born in Beatrice, Nebraska in 1935 to Richard Charles Reische and Jean McLeran Reische, in high school Dick was a star running back on the football team and a track and field athlete, known as "The Rocket" for his speed. He graduated from the University of Nebraska where he was president of the Beta Theta Pi fraternity and enrolled in Naval ROTC. After serving three years as an officer in the Navy, Dick moved to New York City and then Pelham NY. He joined Smith Barney Harris Upham & Co. (now Morgan Stanley) as a stockbroker, where he remained for his over 30-year career. Not content to simply retire, in the early 1990s he founded Vineyard Capital Management, an investment advisory firm which he headed until a few months prior to his passing.

Dick served for many years on the board of directors of the Polly Hill Arboretum on Martha's Vineyard as de facto financial advisor, where a colleague described him as "always counted upon for thoughtful comments, reminding us to focus on fundamental metrics in investing." Richard was also a three-time Gold medal winner of The Vineyard Investment Challenge, winning in 2001, 2008 and 2015 â€” all down years for the market â€” where his stock picks significantly outperformed the indexes.

Dick was a devoted husband, father and grandfather, and a loyal friend. The phrase most often used to describe him by friends and colleagues is "a true gentleman." In lieu of flowers, memorial gifts may be made to The Pelham Art Center or the Polly Hill Arboretum (West Tisbury, MA). A celebration of his life will be announced at a later date.
To order memorial trees or send flowers to the family in memory of Richard McLeran Reische, please visit our flower store.