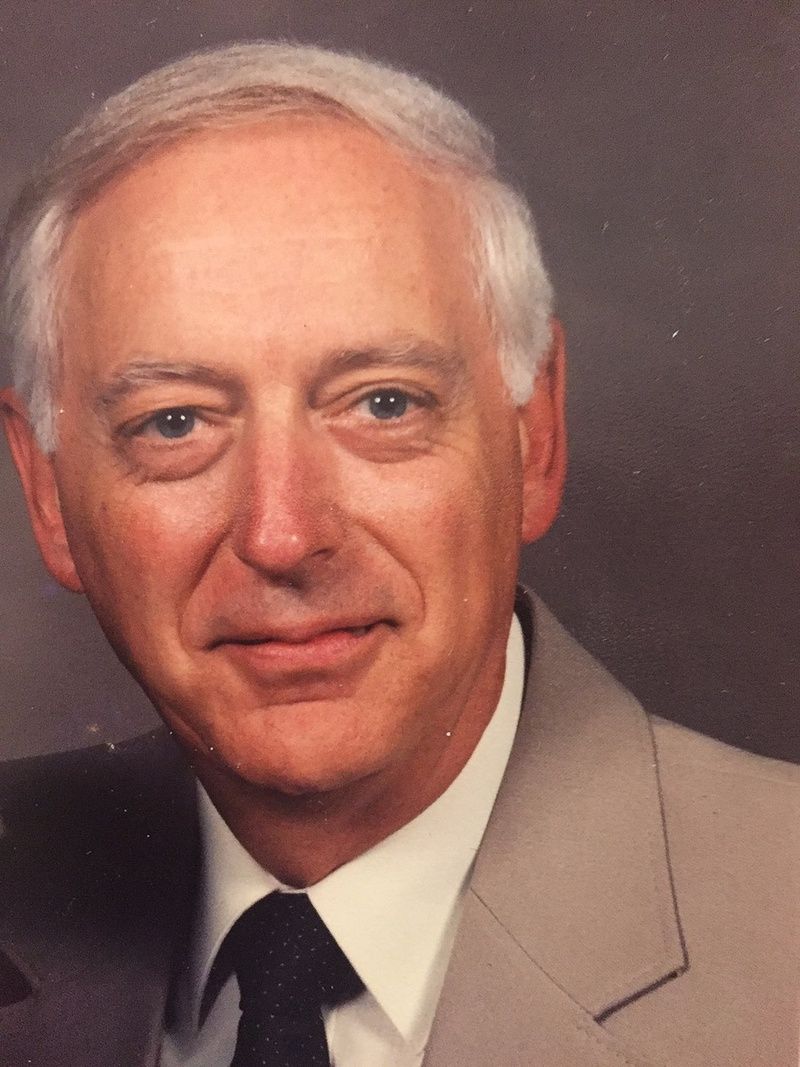 IN LOVING MEMORY OF RAYMOND EUGENE TOWLE
April 13, 1929 - December 29, 2020
Our beloved husband, father, grandfather and great-grandfather, Raymond Eugene Towle, was called home to the Lord on December 29, 2020 after a valiant fight with lung disease. He was 91.
Born on April 29, 1929 in Brooklyn, NY to the late Clifford & Kathryn (Wolpert) Towle, Raymond was the second of the couple's five children. He attended Bishop Loughlin High School in Brooklyn, NY and worked for many years as a licensed Electrician - first with his father and brother, and later in his own business. His family moved to Center Moriches, Long Island, NY when he was a young man, and it was on Long Island that he met his wife of 68 years, Angela Jean (LaSala) Towle. They were married in 1952 and built a home in Miller Place, NY, where they raised their three children. Raymond entered the National Guard and served during the 1950's.
In the early 1970s the family RV camped three summers at Lake Ontario, NY while Raymond attended Oswego State University's Industrial Education Program and earned a Bachelor of Science degree and certification to teach Electrical Installation and Practice. He taught for 20 years at Middle Country School District in Centereach, NY. After retirement he continued to do electrical installation and repair jobs for many years.
His keen mind and many abilities allowed him to draw up plans and build or fix anything. Along with his wife, Angela, he built the family home on Long Island plus a year-round house and summer lake cottage in Northport, ME where the expanding family spent wonderful times together. Our Dad and Grampy was also an avid vegetable gardener, budding artist, and Maine blueberry pancake maker. He also enjoyed reading, playing board games with his children and grandchildren, and cards with his friends. He was a loving, patient, generous and kind man with a terrific "Dad" sense of humor that we will greatly miss.
Raymond was predeceased by his parents Clifford & Kathryn Towle, older brother Clifford Towle, and his and Angela's third child, JoAnne, who died shortly after birth. Left to cherish his memory are his loving wife, Angela; daughters Marian Nangle and Lauretta Marie Denaro-Bingham, and son John (Cindy) Towle; Grandchildren JoAnna (Trevor) Vaughn, Michael (Teresa) Nangle, Liam (Brenda) Nangle, Alyssa Denaro, Andrew Denaro & partner Kiera Gold, Jacqui (Jon) Penley, William (Sarah) Towle, Melissa (Steven) Sobon, Nicholas (Ashley) Towle, Christa (Tommy) Polinski, and Kayden Rust; six Great-grandchildren; sisters Eileen Strebel and Virginia Elliott, brother Richard (Helen) Towle; nieces, nephews and many friends.
Raymond was a devoted Roman Catholic and he and his wife were active in various parishes where they lived on Long Island, NY, Belfast, ME (where he was a member of the Knights of Columbus), and Myerstown, PA.
Arrangements are being handled by Pelham Funeral Home where there will be a small, private Memorial held on Friday, January 1st. Due to the unsafe conditions of the pandemic, the family will wait until Spring of 2021 to have a Memorial mass for family and friends.
Rest in peace, Raymond, in the arms of the Lord, our Savior.
Donations can be made to Raymond's memory to the Alzheimer's Association â€‹(â€‹act.alz.orgâ€‹) and Malta House (Hope for Life) (â€‹maltahouse.orgâ€‹)
To order memorial trees or send flowers to the family in memory of Raymond Towle, please visit our flower store.