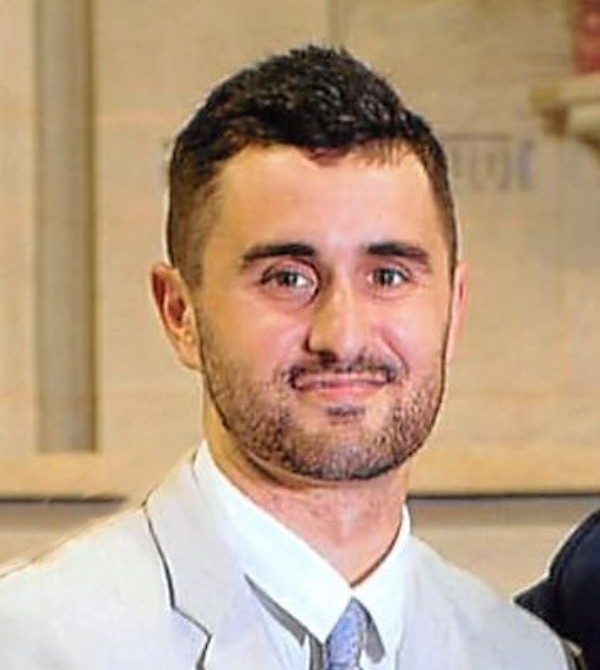 It is with heavy hearts that the family of Raymond Valentino Morgenstern announce his passing.
After a June battle with Covid, Raymond’s lungs were left compromised. Ray’s death is not to be overshadowed by his beautiful life.

Ray was born on March 15, 1990 in Coral Springs, Florida. At a young age, Ray’s love for basketball began. We silently laughed as we imagined this short, chubby boy being a basketball player. Ray persevered and could always be found at a local playground playing hoops with whoever would include him. On the day he was given the nickname “Ray-Ray,” we realized he may be a player after all. In his younger years, Ray’s summers were spent at the Sixers basketball camp, where he later became a counselor. Ray grew to a slim, 6’4” man and quickly became the star player on the O’Neal High School basketball team. He continued to play during his next 4 years at UNC Charlotte.

After college, Ray joined the Army and served two tours in Afghanistan. After the Army, Ray moved to NY and made Pelham his second home. He worked for his Cousin Nicky, who referred to him as “little brother.” Soon after, his adored Stepdad, Dave, helped him find his dream job as a boatswain on the American Cruise Lines. This was truly Ray’s calling as he quickly moved up in the ranks. He poured his heart and soul into his work and all the people he worked with absolutely admired and respected him.

Ray had a great love for animals, as well as cooking, biking, and hiking. Ray was gifted with an incredible sense of humor and an unbelievable talent for voice impressions. He kept people rolling with laughter and could always find humor in the most mundane life circumstances.

Ray’s deepest love was his family. From an early age, Ray genuinely enjoyed all family functions and was always interested in learning his family history. Between his love of family and food, Ray never missed a meal. Ray enjoyed long intelligent conversations, but immediately after, could be found rolling on the floor playing with his little cousins.

Ray’s Life may seem too short to many, but those who were touched by his love, kindness and humor understand that the quality of being far exceeds the quantity of time in which one lives. Ray has left an irreplaceable void in our lives and will be forever loved and remembered.

A Celebration of Raymond’s life will take place at the Pelham Funeral Home located at 64 Lincoln Ave, Pelham, NY on Friday, December 3rd, 2021, from 4-8PM. A Memorial Mass will take place at St. Catherine Church located at 25 Second Ave on Saturday, December 4th, 2021, at 1PM at Pelham, NY. For more information or to leave a condolence please visit www.pelhamfuneral.com

A live stream of Raymond's services can be found here.

To order memorial trees or send flowers to the family in memory of Raymond Valentino Morgenstern, please visit our flower store.