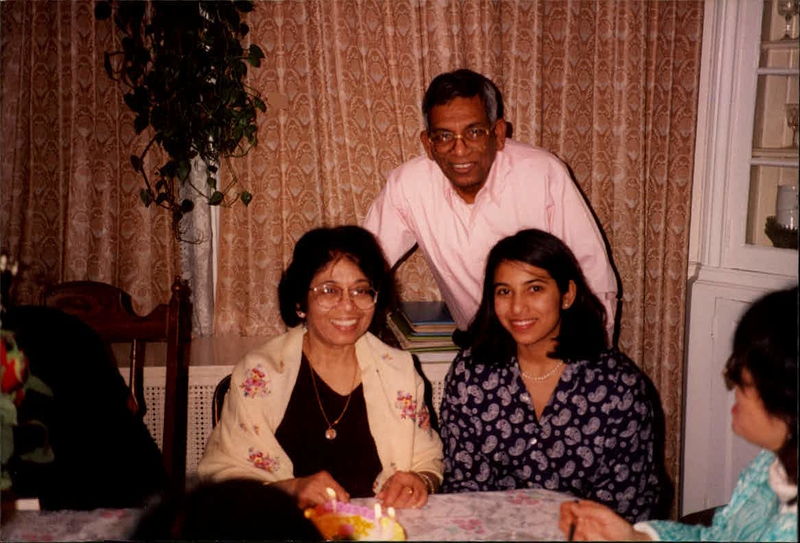 Ranajit Kumar Datta was born in Munshigunj, Sylhet Bangladesh on April 1st 1933. He was the second of seven children and the eldest son of Ramananda and Mahamaya Datta. He attended primary and secondary school in Habiganj, Sylhet.


Ranajit Datta experienced two major journeys in his life. The first came in the late 1940s, when he and his family escaped from Bangladesh to India during the Muslim-Hindu riots in war-torn Bengal. His family settled in Calcutta. Ranajit Datta was an excellent student and scholar. He matriculated from Presidency College of Calcutta University in 1951, and in 1956 he received his Bachelor of Science Degree in Chemistry with honors. He went on to pursue further studies in Biochemistry. In 1958 he received a Master of Science Degree in Biochemistry from the Calcutta University College of Science and Technology. He remained there for five more years until 1963 to complete his PhD with the Head of the Biochemistry Department at Calcutta University. He served as Assistant Professor at Calcutta's Bengal Veteran College from 1961-1963.


After years of study he found personal love and happiness in 1964 when he met Bhakti Biswas, and married her on December 12th of that year. The second major journey in life was one that he took with his life partner Bhakti in 1965, when he received a Fullbright sponsorship. Bhakti Datta had traveled halfway across the world and settled in Stuyvesant Town, New York City, and Ranajit Datta followed her to New York six months later, where he began his career path at the New York State Research Institute of Neurochemistry and Drug Addiction on Ward's Island. After two years, in 1968 he joined the Beth Israel Medical Center in lower Manhattan where he worked as a Biophysicist until 1982. During that time he also served as an Assistant Professor of Pathology at the Mount Sinai College of Medicine and collaborated at the medical journal Clinician. He also taught at Columbia University and City University in New York. He contributed approximately 100 scientific articles and reviews in peer-reviewed journals and books.


Ranajit K. Datta never forgot his home in Bengal, and he loved both East Bengal and West Bengal and both Hindus and Muslims, in spite of the rivalries and deep seated animosity that existed historically between the two religious groups. As a human being he was able to unite the two Bengals with his genuine love of all humanity. Not just an idealist and a dreamer, Dr. Datta was also a man of action. He was the Founder and President of the Cultural Association of Bengal (CAB) from 1971-1978, and he founded its Bengali Newspaper The Sangbad Bichitra in 1971, which was published out of his home. This Bengali Newspaper was the first of its kind in the Western Hemisphere and it remained in circulation under his editorial supervision for 27 years. He also bought and collected approximately eight thousand books to create a CAB Library, which he maintained in his home, welcoming Bengalis from near and far to check out books that they would otherwise not have access to. His home in Pelham, New York was a cultural and intellectual nerve center for the Bengali Community. In 1972 and 1973 he organized the East Coast Durga Puja in NYC. From 1980-81 he served as Vice-President of the NY Chapter of the Association of Indians in North America. He received numerous awards for his community service, including the Purba Queens Bangla Pathasala in 1980, and the Distinguished Service Award at the North American Bengali Conference in 1988.


Ranajit Datta was a pillar of the Bengali Community in North America. Wherever he traveled, Ranajit Datta always stopped to talk to Bengalis. He was an inspiration for others particularly when he shared his insights and wisdom. Ever the good speaker, people loved to listen to his stories. As a prominent and trusted Bengali figure, in 1982 he served the Bengali community by becoming a financial planner, agent and representative at New York Life, where he was recognized as a member of the President's Council (1985-89) and a member of the Executive Council (1990-95).


In July 2007 his wife and life partner, Bhakti, passed away.


Ranajit K, Datta was an accomplished individual and leader of the Bengali Community. He was always active, and he never stood still and he remained perpetually intellectually occupied. He was a unique individual with his broadminded and open personality. He was a teacher, writer, philosopher, orator. Many considered him a spiritual teacher of sorts. His legacy will carry on through the many lives he touched. He leaves behind his beloved daughter Rakhi Datta.
To order memorial trees or send flowers to the family in memory of Ranajit Datta, please visit our flower store.