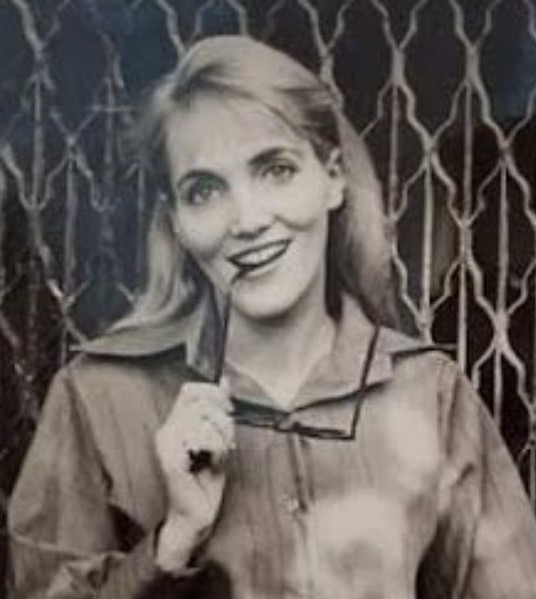 Paula Lamont was a force of nature. Even if you didn’t know her, anyone who spent time in Pelham might recognize her as the woman with long blonde hair always crowned with a bejeweled hat. She carried herself like the trained dancer that she was. “Miss Paula,” as she was known, was a bright shining light for all who knew her.

After college, Paula responded to an advertisement and auditioned to become an entertainer in the United Nations Goodwill Ambassador program. She was chosen and danced her way around the world as a dancer and choreographer.

In the 50’s, 60’s and 70’s, Paula danced and acted in live television, stock theater, trade shows, and television commercials. She was even a stunt double for Eva Marie Saint and a “Copa Girl” dancer at the famous Copacabana.

As a young mother, Paula created Paula Lamont’s School of Modern Creative Dance. Between 1965-2000 she taught generations of Pelham girls to dance, move and be comfortable in their bodies. She staged an annual recital for the dancers. Later becoming a leader in local, regional theater for decades.

Paula’s love of photography led her to work with Polaroid in the 1970’s as their new instant camera technology took off. She kept stores in the NY metropolitan supplied with the new cameras and instant film. She was an elegant career woman Eastman Kodak hired Paula away from Polaroid to become one of their lead Sales Executives in the 1980’s and 90’s.

From 1990 to 2012, Paula was President of the Ziegfeld Club an organization assisting women of musical theater in need. Paula donated her time and talent to numerous charitable causes over the years, including fundraisers for blind and autistic children. Through dance, she taught young people to express themselves and channel their emotions. She took kids who thought they couldn’t dance, and through her coaching and patience, gave them confidence and purpose.

Sharing her gifts with the world, Paula was a second mother to many who grew up with her daughter, Lisa. She will live in the hearts of all who knew her and in the spirit of all the women who dance through life because of her influence.

Paula is survived by her daughter Lisa Connelly.

A Celebration of Paula's Life will take place on Saturday, November 6th, from 3-6pm at Pelham Funeral Home Located at 64 Lincoln Ave, Pelham NY. For more information or to leave a condolence please visit www.pelhamfuneral.com

To order memorial trees or send flowers to the family in memory of Paula Lamont, please visit our flower store.