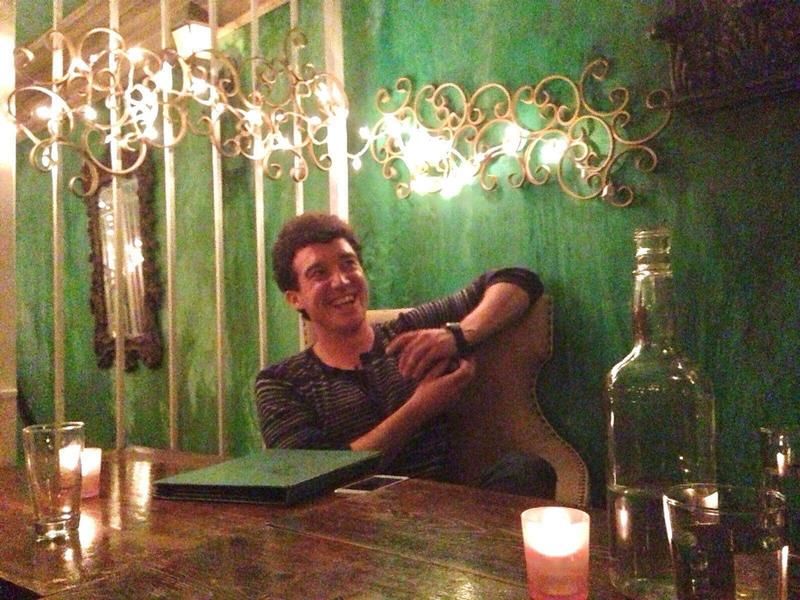 Niall Gibbons of Castletroy Limerick passed away on June 27th 2018. He was 30 years old. Niall was born in Limerick to Ray and Maria Gibbons. He was raised with his sister Sharon where he attended Milford National School. He later graduated Castletroy College. Niall had an adventurous spirit. He loved to travel. He spent some time in Spain working as an entertainer before eventually moving to New York.

Niall loved New York. He had found where he was supposed to be. His Limerick humor and gift of the gab served him well as a bartender and story teller. He started his bartending career at Shades of Green in Union Square before spending the majority of his career in Pig & Whistle on 3rd Avenue and Cask on 33rd Street.

Niall loved music and soccer and was an avid Manchester United fan and a huge defender of Cristiano Ronaldo. In his spare time Niall loved to work out and just be with others.

Niall will be remembered for his mischievous wit and inappropriate sense of humor. Nothing gave him more joy than convincing someone to believe one of his many well thought out yarns. Above all Niall will be remembered as a selfless man, always helping those in need. He volunteered at the local soup kitchen and was a true friend and support to those who needed it most.

Niall is survived by his parents Ray and Maria, his sister Sharon, brother-in-law Tim, aunts, uncles, cousins and his many adoring friends from around the world who Niall considered family. He will be missed by everyone he knew.

Niall's remains will be repatriated home to Castletroy on Sunday July 1st where a service will be held in Limerick on Wednesday 4th July. A celebration of Niall's life will be held a a further date in New York .


In lieu of flowers, donations may be made in Nialls name to the Kevin Bell Repatriation Fund. For more information or to leave a condolence please visit www.pelhamfuneral.com.
To order memorial trees or send flowers to the family in memory of Niall Gibbons, please visit our flower store.