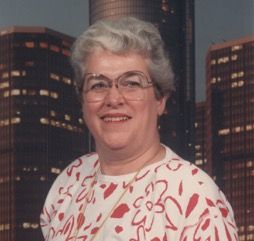 Born June 22, 1931 in Glen Ridge, NJ, Nan graduated from Glen Ridge H.S. and the Katherine Gibbs School in New York City before moving to Pelham in 1954. In addition to being a mother, wife and volunteer, Nan was an avid golfer and member of Pelham Country Club. She was also an active member in the Westchester Junior League and The Manor Club.

From 1976 to 1998, Nan worked for the Domestic & Foreign Missionary Society in the national offices of The Episcopal Church in New York City. She held three positions, retiring as the Executive Director of The Presiding Bishop's Fund for World Relief.

Nan devoted much of her time to Christ Church. In addition to her role as a lay eucharistic minister, after retirement she assisted in the church office.


In lieu of flowers, memorial gifts may be made to Episcopal Relief & Development online at episcopalrelief.org or by mail to P.O.Box 7058, Merrifield, VA 22116-7058.

Services will be held at 10:00 a.m. on Saturday, April 29th at Christ Church, 1415 Pelhamdale Avenue, Pelham, NY
To order memorial trees or send flowers to the family in memory of Nancy Lowell Marvel, please visit our flower store.