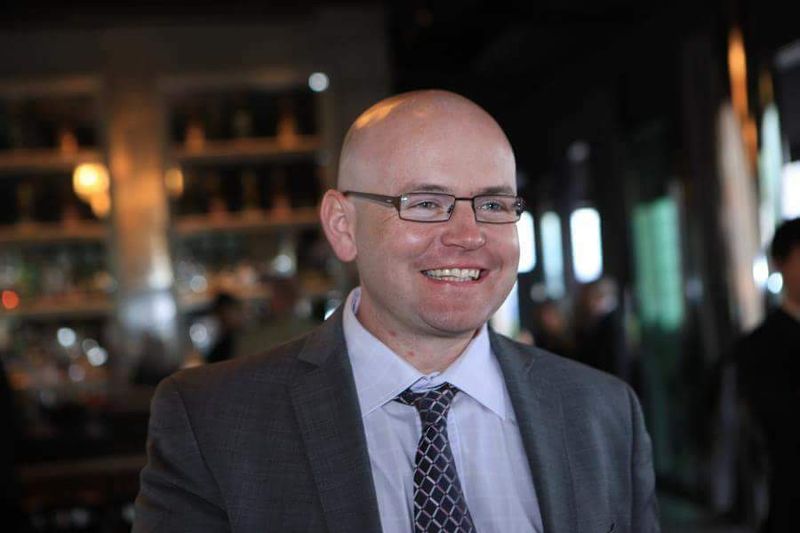 Martin O' Reilly, the kind and loyal gentleman passed away suddenly at his residence in Sunnyside, Queens on Friday March 2nd 2017. He was 39 years old.

Martin was the first born of his loving parents Patrick and Anne (nee Kelly) O' Reilly. He was raised in Kingscourt Co Cavan, where he attended St. Josephs National School. He later attended Inver College in Carrickmacross, where he developed his love for woodwork.

His talented hands, his passion for wood work and his strong work ethic got him his first job at Burkes doors in Navan. But his talent and dreams did not go dormant there. In 2002 he emigrated to Queens, New York to be with his Uncle Gabriel where he began his career in construction. Through his hard work and determination, he went on to become a founding member of his own company, Rockforms USA. Here he worked long hours with his partner Joe Sullivan building up their business venture. Most recently he was employed by Gotham drywall, here his talents did not go unnoticed, demonstrated by their support at this difficult time.

However it was not all work and no play and Martin was certainly no dull boy. His life was further enlightened when he met his soulmate Alison while "out for one" in Saints and Sinners. They later married on September 2nd 2006 in Manhattan and were blessed with a daughter Rebecca, who was the apple of Martins eye. In recent years they could be seen playing golf together, where Martin claimed he let Rebecca win, but in truth she outplayed him every time.

Martin is survived by his Wife Alison, his daughter Rebecca, his parents, Patrick and Anne and his siblings Debbie, Bobby, Jimmy and Terry. To know Martin was to love him, he will be missed by everyone who knew him.

A celebration of Martin's life will take place on Wednesday, March 8th from 4:00pm to 8:00pm at the Edward D. Lynch Funeral Home. 43-07 Queens Blvd, Long Island City, NY 11104. Martins remains will be repatriated back to Ireland on Thursday for a Funeral Mass and Burial at The Church of Immaculate Conception in his home town of Kingscourt, Co. Cavan. Funeral Arrangements are under the care of Pelham Funeral Home. (914) 738 1060. www.pelhamfuneral.com In lieu of flowers please send donations in Martins name to the Kevin Bell Repatriation trust.
To order memorial trees or send flowers to the family in memory of Martin Anthony O' Reilly, please visit our flower store.