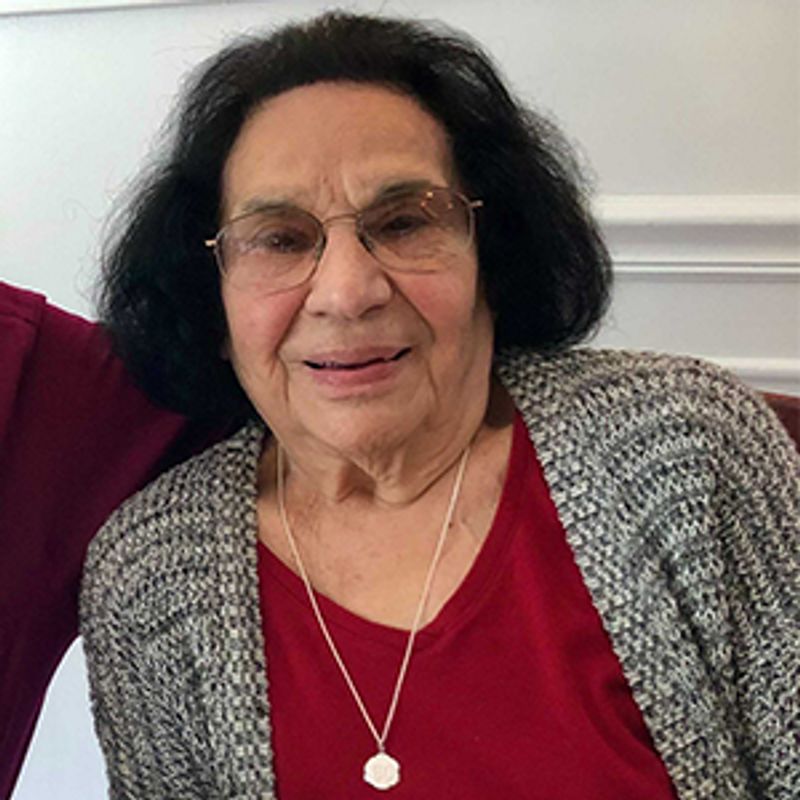 Marie Letizia (nÃ©e Ciriello), fondly known as "Dolly" by those closest to her, passed away peacefully on the morning of March 30, 2021. Born in the Bronx, NY on April 29, 1931, she lived a long life surrounded by family and friends who loved her dearly. Marie married her husband John on October 11, 1959. They moved to Pelham in 1967 where they raised three children and were later blessed with six grandchildren. Marie was a resident of Pelham and a parishioner of St. Catharine's Church for 54 years. She held numerous jobs, including many years as a Clerk at the DeCicco lottery counter.

Known for her authenticity and wit, Marie was never afraid to "tell it like it is." Even in her final days, her raw honesty kept the family laughing. She loved card games, scratch-off lottery tickets, and Law & Order SVU. She lived for her family and especially her grandchildren, attending every concert, game, and life event she could. Every family gathering revolved around Marie's cooking, for which she was also known. She began cooking Sunday dinner for her family at age 10 - a tradition that carried on for the rest of her life. Her memory will live in the hearts of those who loved her, and through her lasagna recipe, which she passed down to her grandchildren.

A celebration of Marie's life will be held on the date of her 90th birthday, April 29, 2021, from 9AM-11AM at the Pelham Funeral Home.
A mass of Christian burial will take place at St. Catharine's Church at 11AM on April 29, 2021. Inurnment will follow at Gate of Heaven Cemetery, Valhalla, NY.
To order memorial trees or send flowers to the family in memory of Marie "Dolly" Letizia, please visit our flower store.