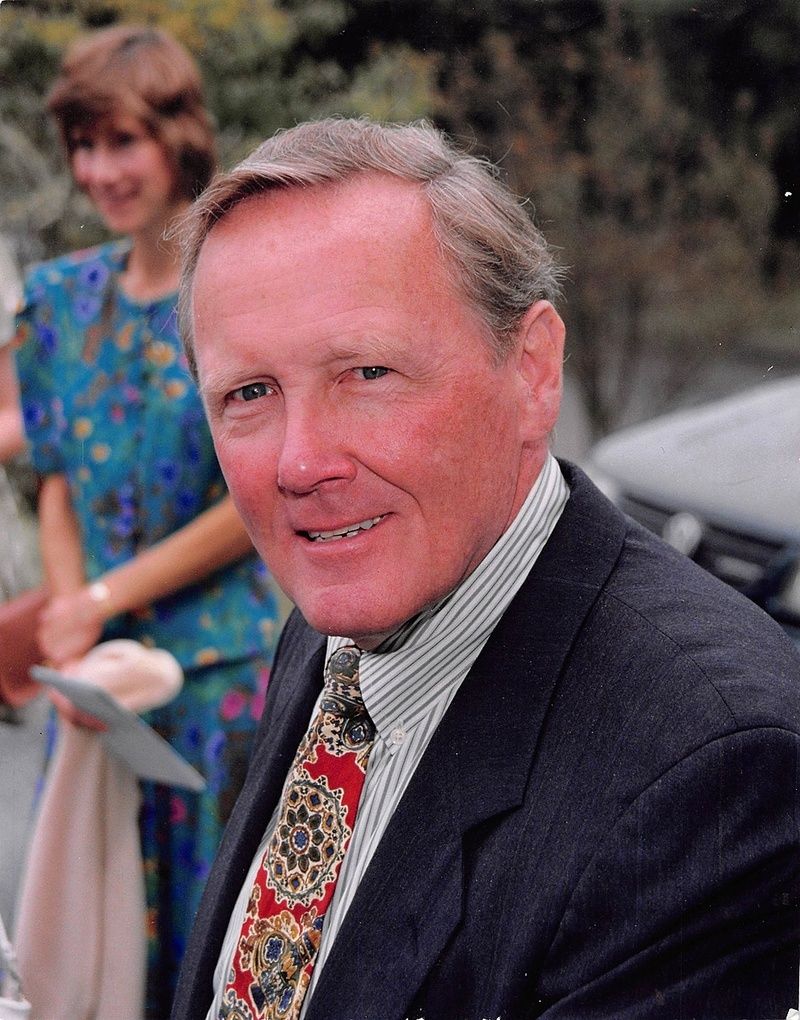 John Rosevelt McGillion ("Johnny Mac") 78, passed away Sunday, July 12th, 2020 surrounded by his loving wife and family. Mr. McGillion was born to Irish parents, John and Anna Fox McGillion, on August 16, 1941, in Dagenham Essex, England. At 3 years old, he emigrated to the United States with his parents and two of his three sisters during WWII, aboard the converted troop ship, Mauritania. The family spent their early years in Yorkville, Manhattan before moving to the Bronx. Graduating from St. Jean Baptiste he later attended St. Johns Prep School in Brooklyn. During his early years, John excelled in sports and especially loved boxing, swimming and basketball.â€¨
Johnny Mac proudly served as a paratrooper completing 17 jumps in the 82nd Airborne Division of the U.S Infantry Division based in Okinawa, Japan and Ft. Bragg, NC. An ambitious learner, he earned his pilot license and graduated from Lehman College with a degree in accounting. He passed his love of learning to his children. John was a lifetime member of NYAC and enjoyed many hobbies including bridge, listening to history audios, playing the organ, and boxing.
John got his start with a paper route and later as a taxi driver. He opened his first bar, The Bull n Bush, with Joe Mullins in 1968. It was during this time he raised four children with former wife Gail O'Brien, in the Bronx before moving to Bronxville in 1978. To say John was adventurous would be an understatement; he loved to travel, visiting 177 countries. He always stressed the importance of travel to his family to enhance their education and took them on many trips. Most importantly, John cherished his family and friends. He hosted annual Thanksgiving, Christmas and Easter dinners at his home. John organized a McGillion family reunion last year in Co. Tyrone, Ireland that was attended by relatives from all over the world!â€¨
John personified the term entrepreneur, as a landowner and businessman with establishments in Asbury Park, NJ, Manhattan, Brooklyn and Rockaway, NY. He owned laundromats, a beeper store and a real estate office. He opened The Abbey and the Phoenix in NY with lifelong friends. Later, he continued to open many bars in NY including, The Alligator Lounge, The Charleston, Metropolitan, This N That, Lulus, Trash Bar, Capones, Nowhere, and Crocodile Lounge, some of which are still open today. Whenever asked what prompted him to open his own businesses he would reply with a chuckle, "Because I was fired from all my other jobs."â€¨
John married Mary Christine McCluskey of Co. Galway, Ireland, his friend and colleague of many years on April 6, 2009 and lived in Pelham, NY. His true passion in creating Irish bars was re-awakened when he came to Asbury Park. It began when John received a call from his cousin Bernie about an empty bar in Asbury Park. John and Mary Christine opened Johnny Macs House of Spirits on his birthday, August 16, 2010. They would subsequently fall in love with the town and adopt it as their home. John became well known in Asbury Park for both Johnny Macs, and Kim Marie's Eat n Drink Away, named after his late daughter Kim Marie. His creative mind is apparent in the design of each venue, where he carefully acquired and curated an eclectic array of items on display. He purchased the old YMCA building and later "Bistro OlÃ©," which will become Mary Macs Libation Station. John never did anything small or without passion.â€¨
John was immensely proud of his Irish heritage and Bronx start. Once a year he held a Bronx reunion party at Johnny Macs for all his old friends. He was co- founder of the Asbury Park St. Patrick's Day Parade and saved the Asbury Park Zombie Walk. John was known as a philanthropist in Asbury Park and an early investor in its redevelopment. It was especially important to John to give back to the community and donate to local charitable organizations including the Boys and Girls club of Monmouth County, Sisters Academy and Mount Carmel Roman Catholic Church. The Asbury Park Chamber of Commerce recognized him at the 2014 Carousel Awards with the Economic Development Award.
John leaves behind his loving wife Mary Christine McGillion, three children: Christine Nardi, Marybeth Bloom (Ryan), John McGillion Jr (Tara), three step daughters: Cassandra, Stephanie, and Dominique, and five grandchildren: Ryan Nardi, Dylan and Mckenzie Bloom, Charlotte and Fiona Rose McGillion, two sisters: Annie Engelson (Daniel) and Kathleen Briscoe (John). He is also survived by many nieces, nephews, cousins and grandnieces and nephews. John was predeceased by his beloved daughter Kim Marie McGillion, his sister Mary McGillion, parents John and Anna McGillion and nephew Michael Engelson.â€¨John's love of family, friends and hospitality is preserved through his fun and creative gathering spots where he will be sorely missed. Rest in Peace Johnny Mac!

A Celebration of Johnny Macs life will be held at "Johnny Macs House of Spirits" located at 208 Main Street, Asbury Park, New Jersey on Thursday July 23rd from 4-8pm. A Funeral Mass will take place at St. Margarets Church, 300 ludlow Ave. Spring Lake, New Jersey on Friday July 24th at 10:30am Interment will be private. In lieu of flowers donations may be made in Johnny Macs name to "Asbury Park Boys and Girls Club" or "Our Lady of Mount Carmel Church" in Asbury Park. For more information or to leave a condolence please visit www.pelhamfuneral.com

With everyone's health and NJ regulations in mind, the number of visitors must be monitored. Mourners will be asked to be patient and must prepare to wait outside the venue. Visitors will be cycled through while practicing social distancing so that all may have the chance to pay their respects. Please remember, the sick, elderly and those with compromised health, should avoid public settings.
To order memorial trees or send flowers to the family in memory of John Rosevelt McGillion, please visit our flower store.