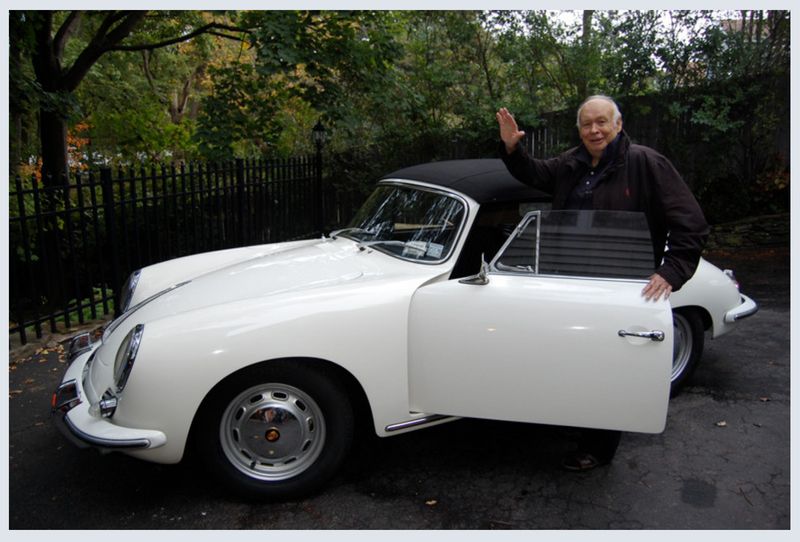 John C. Fondrisi was an architect, beloved husband to Lucille A. Fondrisi and cherished father to his only son John J. Fondrisi. He was a distinguished member of the American Institute of Architects for over fifty years. His wide-ranging work showed versatility and integrity. From a Bauhaus-inspired home to a painstakingly restored historical country estate, Mr. Fondrisi's talents showcased him as a forward thinker with a mind for practicality and timelessness.

John was born September 10, 1936 in the Bronx NY to Joseph and Mary Fondrisi. At age 14, the family settled into an English Tudor in Pelham, NY which serves as the family's home base to this day. Because his father worked in the fashion and garment district in Manhattan, John was given the opportunity to work as a young catalog model for Barney's New York as a teenager. At 19, he met the love of his life Lucille Libertino of New Rochelle at a church dance. Shortly after meeting Lucille, he was enlisted to the US Army. The couple corresponded through letters until he returned home.

John and Lucille were married in 1959 with a reception at Glen Island Casino in New Rochelle hosting more than 250 guests. It was a party that went on for days after the bride and groom had left for their Bermuda honeymoon.

John's true passion was architecture. In 1960, he enrolled at Pratt Institute and Columbia University to begin studies that would lead to a lifetime dedication to the craft. He would spend the next decade working by day and attending classes by night. He cut his teeth in the design industry with many midcentury masters of his day. Mr. Fondrisi's notable work includes the Japanese Pavilion at the 1964-65 Worlds Fair, a glass and steel vacation home built into the side of a mountain in St. Thomas, work with Colorforms, and an experimental city in the California desert. He was also a professor of architecture at New York Institute of Technology.

As the exclusive architect for Ammirati Puris Lintas in the 1980s, he developed a signature style. He would go on to design executives' homes and second homes as well.

Naturally, with a love for form and function, he was also a car enthusiast. In 1973, on a whim, he hopped a prop plane to Elmira, NY. There, he purchased a 1963 Porsche 356B Carrera Cabriolet 2GS convertible to drive home. Fitting for a former model with a Mad Men cool factor.

Mr. Fondrisi had a wild imagination and he and Lucille loved the beach. He found an Art Deco style Coast Guard tower in Wildwood, NJ. He believed it was a great way to repurpose and preserve an awesome piece of architecture. Lucille was too afraid to climb to the top when they looked at it because it had ship ladders going from floor to floor. With love, confidence and trust in his vision, "Buy it!" she said.

It was this out-of-the-box thinking that led him to develop a laser-sharp understanding of real estate and property trends. He spent his life accurately identifying key pieces of land and real estate.

He was always looking for a place to "hang your hat" as he would call it. Eventually he and Lucille found themselves on the ocean in Amagansett. Together, they designed their dream home. Hats hung.

He was a wonderful, loving father and consummate provider for their only son John J. Fondrisi of Greenwich, CT born in June 1976. He enjoyed spontaneous travel, taking his wife and son to unique destinations.

Intelligent and reliable, Mr. Fondrisi was quick to offer a guiding hand or advice to anyone needing help with solutions in his varied areas of expertise. He served on the Village of Pelham's Town Planning and Zoning Board for over twenty years overseeing building codes, landmarks, and zoning laws.

He was an unforgettable man, a dedicated husband and father who lived passionately, creatively and with purpose. He was always seeing ways we could all better enjoy the view, to beautify the space and the world around him. His life's work was a gift to society, but his life and how he lived it were a treasure to those around him. To have known John C. Fondrisi was to know an artist and an innovator. He passed away peacefully on January 9, 2021. His family finds comfort in knowing he is now enjoying the ultimate view â€” from above.

A private service will be held with immediate family. A memorial will be planned for the future for friends and family when it is safe to gather responsibly. In remembrance of John C. Fondrisi's life, the family asks that any charitable donations be made to the American Heart Association.
To order memorial trees or send flowers to the family in memory of John Charles Fondrisi, please visit our flower store.