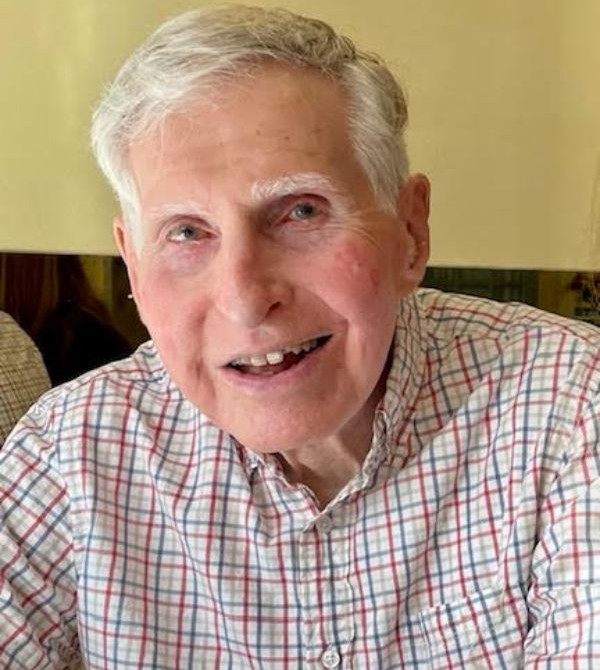 John J. Donahoe, a lifelong resident of Pelham, New York passed away peacefully on May 19, 2022. He was 89 years old. He was born on February 13, 1933, to the late John and Catherine Donahoe in New York City. John was an only child. John attended Siwanoy Elementary School and Pelham Memorial High School where he ran track and played football. He graduated in 1950. Following high school graduation, John attended Cornell University where he graduated with a Bachelor of Science degree in Hotel Administration in 1954.

John started his career in sales at Smith-Corona Marchant Inc. selling adding machines. He quickly worked his way up in the company to eventually become the National Sales Manager. At SCM, he met his future wife, Carolyn Daly, the two got married at Christ the King Church, Yonkers NY in 1960. They settled in Pelham Manor where they raised their three children: James, Paul and Mary Ann.

In 1971, John left SCM to start his own business, Sales Careers Inc., a recruiting firm. For over 30 years he successfully placed people in sales jobs in the office automation field. His son James worked with him as a recruiter for more than 22 of those years.

John was a lifetime member of OLPH Catholic Church, was a long-time member of the Pelham Country Club, and the Pelham Rotary Club. John loved sports; he was a coach for the Pelham Little League for many years leading his team to the championships several times, he bowled and played tennis and paddle tennis at the country club. He was an avid sports fan and would go up to his alma mater every year and travel to their opponents’ schools to cheer on the Cornell football team despite never having a successful season. He also enjoyed rooting for the Mets and the NY Giants. He was also well known in the community as being an avid walker. Every day, despite the weather, he’d be out there “marching” to get his daily exercise. In his later years, he created a walking group with his local friends which he cherished the time together and good conversations.

John will be remembered as loving, loyal, hardworking, family oriented with a witty sense of humor. He loved people, especially his family and his many close friends. He kept in touch with every friend he ever made whether it be from elementary school, high school, college, SCM, Sales Careers or Pelham. He valued those friendships and was forever grateful for their love and support especially with his chronically ill wife. He will be missed by all who knew him.

In lieu of flowers, the Donahoe family suggests donations be made in John’s name  to White Plains Hospital at wphhospital.org.

A celebration of John’s life will take place at the Pelham Funeral Home located at 64 Lincoln Avenue, Pelham, New York on Tuesday, May 24th from 4-8pm. A Funeral Mass will take place at Our Lady of Perpetual Help Church located at 575 Fowler Avenue, Pelham Manor NY on Wednesday, May 25th at 10:00am. Burial will follow at Gate of Heaven Cemetery in Hawthorne. For more information or to leave a condolence please visit www.pelhamfuneral.com

To order memorial trees or send flowers to the family in memory of John J. Donahoe, please visit our flower store.