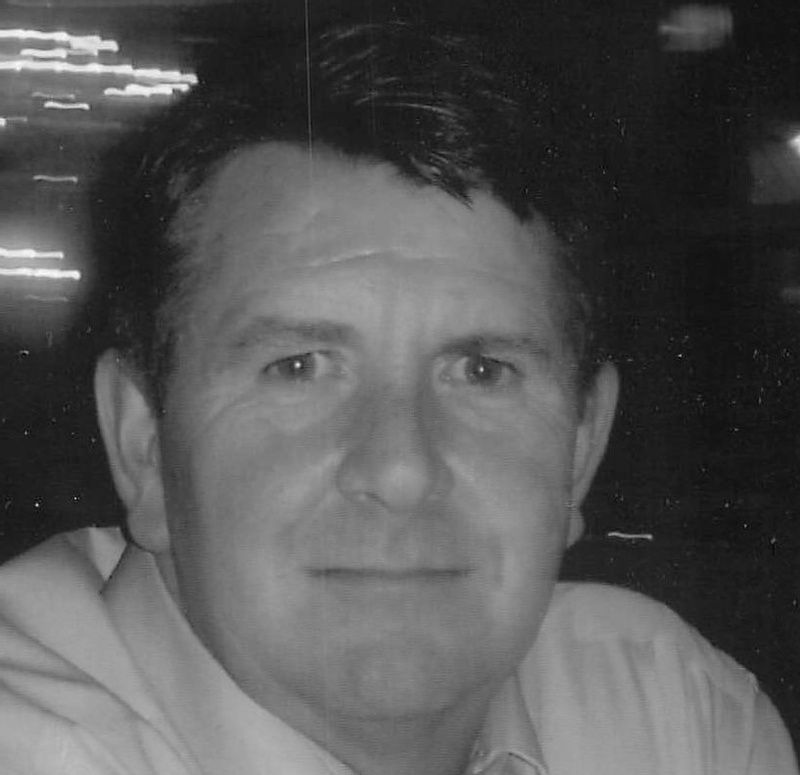 Having graduated in 1971 Johnny would learn his trade as a carpenter at Dunne's Joinery, Rahugh in Kilbeggan. He worked for a while at Fabricast, Kilbeggan and would also spend time working in Germany with his friend Tony Cantwell. Johnny loved working with his hands. After returning from Germany he would build his own home in Tyrrellspass, Co Westmeath where he lived before moving to the United States.


Johnny continued to work as a carpenter after he moved to New York. He did a lot of work at Regis High School where he was very well thought of. In his spare time he loved to golf, watch his beloved Manchester United, attend horse racing, whether it was in Saratoga, Belmont, Ireland or England. Every year Johnny looked forward to his annual golf trip to Ocean City, Maryland where he enjoyed spending time with friends.

Johnny will be remembered as level headed gentleman, with a dry sense of humor. He was a great listener and was always fun to be around.

A celebration of Johnnys life will take place at the Pelham Funeral Home located at 64 Lincoln Avenue, Pelham, New York on Wednesday June 30th from 5-8pm. A Funeral Mass will be held at St. Barnabas Church on Thursday July 1st at 10:45 am. Interment will be private. For more information or to leave a condolence please visit www.pelhamfuneral.com.

Please visit our link for John's livestream my.gather.app/remember/john-francis-bracken
To order memorial trees or send flowers to the family in memory of John Francis Bracken, please visit our flower store.