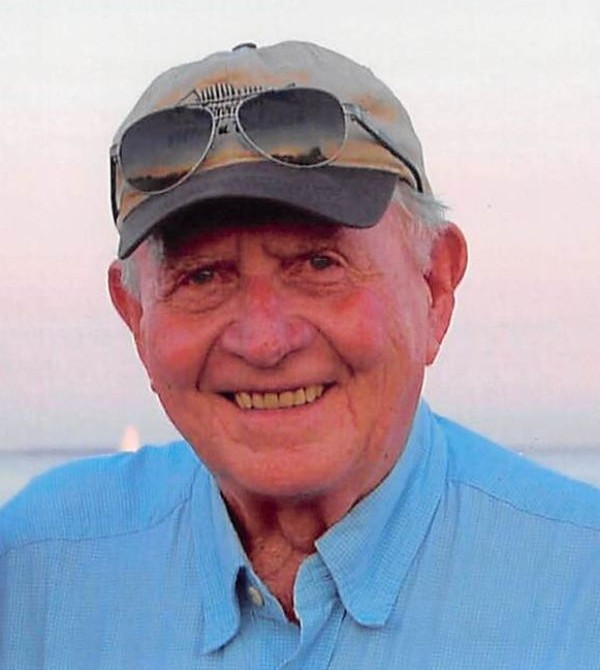 John “Jack” William Boyce, Jr, of Stamford, CT, and formerly of Jacksonville, FL, and Carmel, NY, passed away on October 16, 2021, surrounded by his family at Nathaniel Witherell in Greenwich, CT. He was 88 years old. In addition to his beloved wife Geraldine of 63 years, he is survived by his daughters Lori Klipstein (Ty) and Kelly Boyce Himebaugh (Lyle), as well as his son John W. Boyce III (Cara). Jack was the proud “Papa” of seven grandchildren: Alison Moughty (Sean), Taylor and Emma Klipstein, Lilly and Helen Himebaugh, and Jack (John William IV) and Katelyn Boyce, as well as a great-grandfather to two: Declan and Reagan Moughty.

Jack was born on December 22, 1932, in Staten Island, NY, to John Boyce, Sr and Loretta Delaney and was one of three children. He was the last surviving brother of the late Patricia Reichert and Francis Boyce. In 1951, he enlisted in the U.S. Air Force and honorably served until 1955. Shortly after, he met his wife, Gerry, and was married. For most of his adult life, he served as Vice President of Manufacturing at the Ward Leonard Electric Company in Mt. Vernon, NY. He finished his working career at BOCES in adult education before retiring to Fleming Island, Florida in 1998.

Jack was an avid and accomplished sportsman and loved fishing and hunting. He was a fantastic storyteller – and that didn’t just include stories of the size of the fish that he caught. He enjoyed telling stories in order to teach and to pass on his lifetime worth of knowledge. He would spend hours explaining to his grandchildren the different types of birds in the backyard...and then how to draw them. His wit and humor made him a terrific joke teller – traits that would make him magnetic to those around him – especially with a martini glass in hand during happy hour. A day of fishing…roasting oysters on the grill…tearing recipes out of magazines…watching a sunset. These were the simple things that Jack enjoyed the most.

A selfless volunteer, Jack was a contributor to every community that he lived in throughout his life. While living in New York, he was a member of the Carmel High School Board of Education, Chairman of the Westchester Chapter of Ducks Unlimited, and involved in the Business Council of Westchester, NY.

After retiring to Florida, Jack became a proud and active member of the Elks Lodge #1892, where he spent almost every weekend both volunteering and cooking for his fellow members. You could also find him protecting his neighbors driving his golf cart around as part of the Eagle Harbor Neighborhood Watch and during the holidays at a local storefront ringing his bell for the Salvation Army. As a resident of the nearby Jacksonville Naval Air Station, he was a proud supporter of all Veterans and specifically the Wounded Warrior Project.

There are too many things to list that we will miss now that our dedicated patriarch is gone. Nothing will be as “terrific” as it was in his presence, but we will always find comfort knowing “it’s 5 o’clock somewhere” and he will always, and forever be toasting us.

Calling hours will be held Thursday, October 21, 2021, from 4pm to 8 pm at the Pelham Funeral Home located at 64 Lincoln Avenue, Pelham, NY. A prayer service and military tribute will begin at 7:00 pm in his honor. In lieu of flowers, please consider donating to The Wounded Warrior Project.

To order memorial trees or send flowers to the family in memory of John W Boyce Jr. , please visit our flower store.