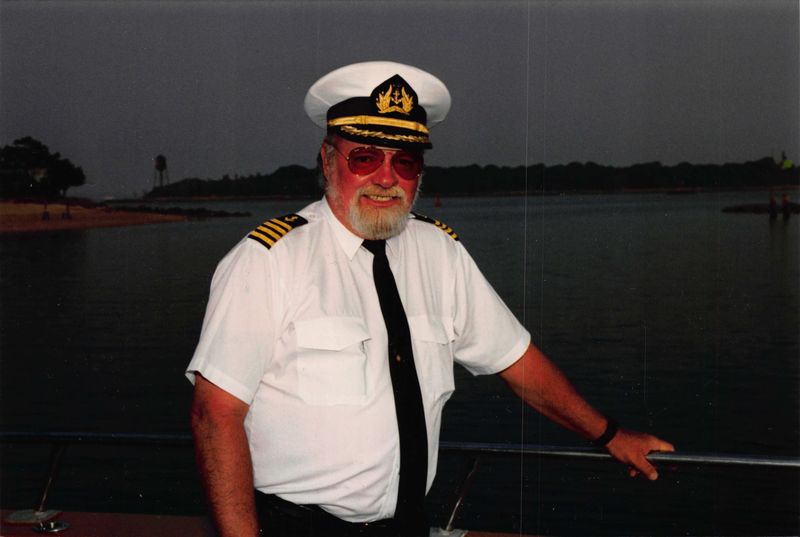 Harry W. Pearson (Bill) of Pelham passed away on Sunday, July 24, 2016. He was 74 years old. Born in New Rochelle, NY on Christmas Eve to Jean and Harry Pearson, he was the youngest of three children.

He began his career as owner/operator of Pearson Trucking. Soon after, Bill went on to become an operating engineer with Local 137. His career as operating engineer lasted over 50 years, most of which was spent as a crane operator. Bill met the love of his life, Maddalena Imperia through a mutual acquaintance and they were married in 1965. Soon after, they moved to Pelham to raise their family. In 1986, Bill decided to venture out and join his family in the Charter business by becoming the owner and captain of The Klondike Princess. The yacht would be in business for over 20 years.

Bill loved to work with his hands and he was always quick to lend a helping hand to anyone who needed it. Some of his favorite things included cranes, construction equipment and boats but Bill loved nothing more than his wife and family, they meant the world to him.

Bill is survived by his loving wife of over 50 years, Maddalena, and his daughters and sons in law, Debbie and Michael Leak and Denise and Nick Massaregli. He is pre-deceased by his son Kenneth. He will be lovingly remembered by his grandchildren: Christopher, Brendan, Maddalena, Anthony, Nicholas and Jeremy.

A celebration of Bill's life will take place on Wednesday, July 27th from 4:00 to 8:00 PM at Pelham Funeral Home, 64 Lincoln Avenue, Pelham, NY.
To order memorial trees or send flowers to the family in memory of Harry "Bill" Pearson, please visit our flower store.