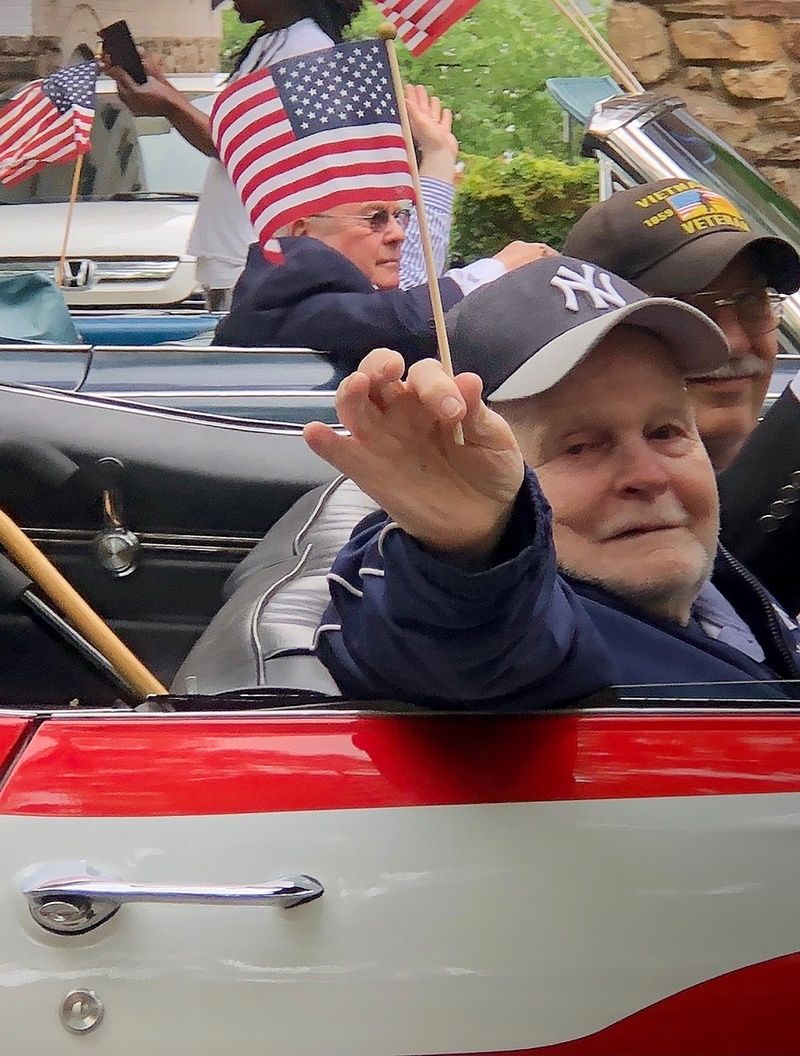 George Robert Cottrell of Pelham, NY and Manahawkin, NJ passed away surrounded by his family on January 11th 2021. He was three months shy of his 90th Birthday. Born in New Rochelle, New York to Earl and Isabel Cottrell, George was one of three children. He was raised in Scarsdale where he attended Eastchester Schools before attending Pelham High School when the family moved to Pelham in the mid 1940's. He would leave the High School early to work in the family business "Cottrell Brother Builders".

While serving as a Marine, stationed in Paris Island, SC George would travel back and forth to Westchester to spend time with the love of his life; Kathleen Reilly. They met at Adventurers Inn in Yonkers and would later marry at St. Anns Church after his discharge from the US Marines. The couple moved back to Third Avenue in Pelham where they raised their three children; Kathleen, George and Maureen.

George would join the Pelham Fire Dept. in 1965 where he proudly served for 22 years until his retirement in 1987. In his spare time he loved racing mini bikes and model airplane's, fishing, camping and watching the New York Yankees. At nights you could find him playing Canasta with his family until the early hours of the morning. Later in life George would take up wood carving and became a member of the Long Beach Island, Wood Carvers Association and the National Wood Carvers Association.

In 1986 George's Wife Kathleen would pass away suddenly from Cancer. It was a devastating period in Georges Life. He retired the following year and moved to Manahawkin. He would marry Evelyn Jansky the same year. He enjoyed spending his golden years on the Jersey Shore where he loved watching nature, feeding the ducks and most of all spending time with his loving dogs, Bumper, Boots, Coco, Princess, Honey and his current dog Ginger.

George is survived by his children Kathleen (Richard) Hecker, George Cottrell and Maureen (Anthony) Borsella. He will also be missed by his grandchildren; Tara (Justin) Bonanno, Brian (Jenny) Adelman, Anthony Borsella, Kristen (Johnattan) Arango. He will be missed by his five great grand-children; Jeffrey, Gabriella and Isabella Adelman, Samantha and John Bonanno. He is predeceased by his two wives Kathleen and Evelyn, his beloved sister; Lynn Cottrell-Glover and his grand-daughter in Heaven; Julianne.

A celebration of George's life will take place at the Pelham Funeral Home located at 64 Lincoln Ave in Pelham, NY on Monday January 18th from 5-8PM. A mass of Christian Burial will take place at St Catharine's Church in Pelham NY on Tuesday January 19th at 10:00 am. Interment will follow at Beechwood's Cemetery in New Rochelle. For more information or to leave a condolence please visit Pelhamfuneral.com
To order memorial trees or send flowers to the family in memory of George Cottrell, please visit our flower store.