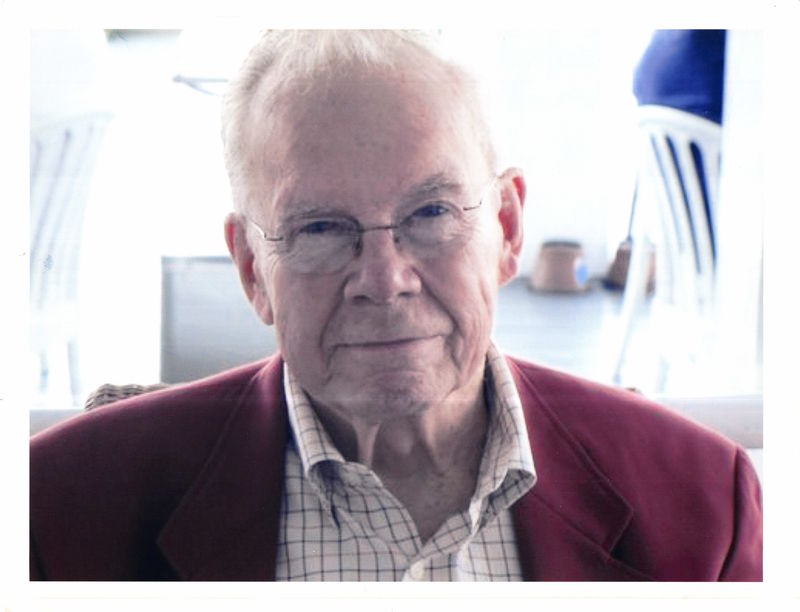 Lud was born in St Louis to Francis and Mary (Harris) Ludington on February 24th, 1923.
His family moved to Pelham Manor in 1925, and he lived in Pelham Manor for the remainder of his years. He first attended Siwanoy School where he met Angela (Gay) Katherine Kruse in kindergarten; he admired and loved her his entire life. When Prospect Hill School opened, he transferred. After attending Pelham Junior High and The Lawrenceville School, he graduated from Princeton University in three years with Honors in Electrical Engineering. During WWII, he served as an engineering officer on the USS Terry (DD-513), a destroyer which saw action in the Pacific.

After World War II, and after one of the longest engagements on record, he married Gay, the love of his life, at Saint Catherine's Church in Pelham on August 31st, 1946.

He spent his entire working career at the Chase Bag Company, from which he retired as long time chairman and CEO at age 65 in 1988. Chase has since become a part of International Paper Co. After he retired, he and Mrs. Ludington traveled extensively.

Lud was an active, dedicated member of his community, serving in a number of capacities in Pelham Manor, including Mayor. He was a past President of the Pelham Country Club, and a long time member of the Board of the Sound Shore Medical Center. He was a member of the national honorary engineering society Tau Beta Pi, and was a member of the the Young Presidents Organization (YPO). His serious interest in genealogy was reflected in membership in both the Sons of the Revolution and the Society of Colonial Wars.

As a Knight and Dame of Malta, in 1993, Lud and Gay headed a pilgrimage of 225 pilgrims to Lourdes, France.

A wake will be held on Tuesday, January 17th at the Pelham Funeral Home (64 Lincoln Avenue) from 4 - 8 pm. A Mass of thanksgiving to celebrate his life will be offered at Our Lady of Perpetual Help Church on Wednesday, January 18th at 10 am. Interment will follow immediately at Gate of Heaven Cemetery, Hawthorne, NY.
To order memorial trees or send flowers to the family in memory of Francis Henry Ludington, please visit our flower store.