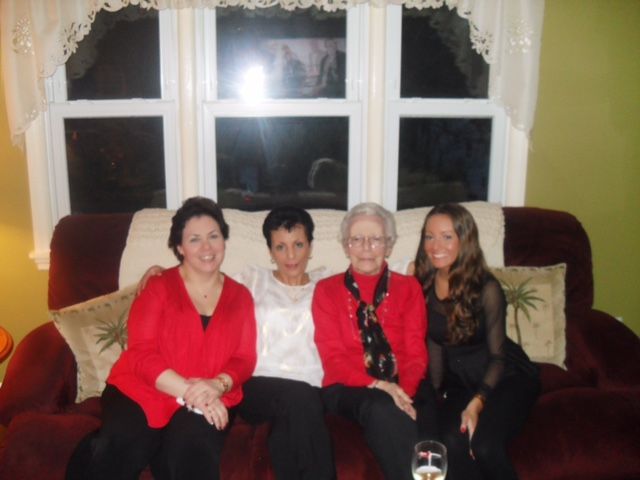 Angela M. DeMarco (nÃ©e Capozzola), a longtime resident of Pelham, NY passed away on February 21st, she was 94 years old. Angela was born to Lucido and Barbara Capozzola on East 108th St. in Harlem New York on February 11, 1923. She and her siblings, Carmine, Robert and Margaret (deceased) lived in a typical Italian home where love was freely shared. She and her family lived there until she was 9 years old when the family moved to the Bronx and settled in the Parkchester section on Ellis Avenue. Angela met her husband Salvatore in 1947 and they married at Blessed Sacrament Church in the Bronx in 1948. They had a son and daughter and the family remained in the Bronx until they relocated to Pelham in July of 1975. Angela and Salvatore raised their family with love and kindness until his death in 2007.

Angela graduated from Hunter High School and attended Hunter College in Manhattan. She later pursued a career in the health care profession and worked for many years at New Rochelle Hospital until her retirement in September of 1992.

Angela was a true people person who whenever walking through Pelham would meet and greet everyone. Her home was where her heart was and she loved her family. She was firm, yet gentle; tough, yet kind; serious, yet funny; and most importantly, admired and respected by her family and friends. In her younger days, she was involved with the Catholic Charities organization and later was the long time Recording Secretary for the Pelham Seniors Club. She loved volunteering her time to help others.

One of the many things that Angela enjoyed was knitting and was considered excellent at her craft. Her knitting whether baby blankets or scarves were highly sought and her tag said it all, "Made Especially for You by Angela DeMarco." Family members and friends alike enjoyed her skill as she created designs made with love.

Angela is survived by her two children: Andrew (Teresa) and Ellen (David) D'Andrea. She will be lovingly remembered and honored by her three grandchildren: Elaina, Dennis, Karen and two great grandchildren Charlie and Jocelyn.

In lieu of flowers, donations can be made to the St. Barnabas High School Scholarship Fund at 425 East 240th Street, Bronx, New York 10470.
To order memorial trees or send flowers to the family in memory of Angela M. DeMarco, please visit our flower store.